Jacob is eight years old and his parents dress him funny. Stuck in the middle of their fresh divorce, he embarks upon a peaceful protest: he’ll put anything on, he just won’t take it off. Jacob stubbornly transforms himself into a smelly Michelin man, pushing his parents to the limits. Frazzled and frightened, they do the unthinkable: they sit down and talk. 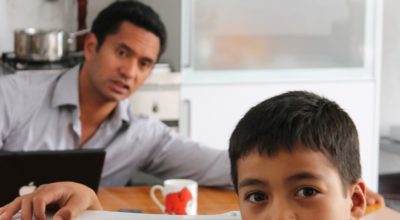 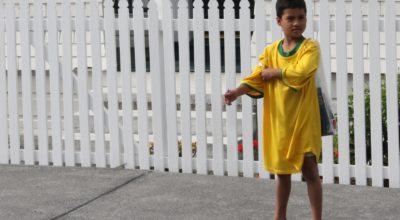 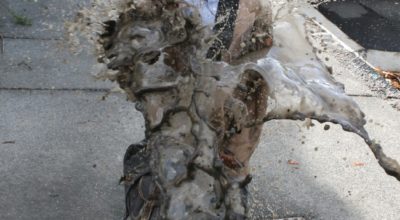 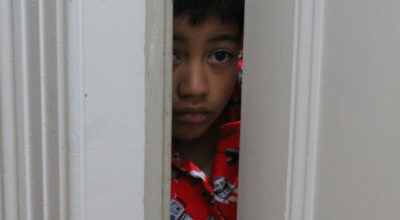 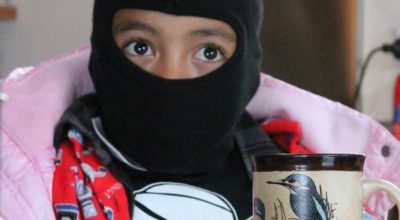 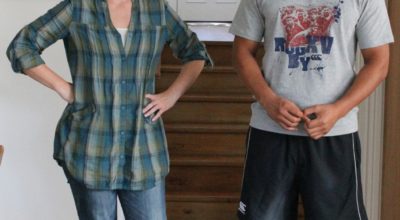 Lauren trained at Toi Whakaari: New Zealand Drama School and has a Bachelor of Arts from the University of Auckland in German and Film, TV & Media Studies. She works as a director, playwright, actor and drama tutor. Lauren attended film school in Germany in 1998, and in 2004 represented New Zealand at the 40th International Young Theatre Practitioners’ Forum in Berlin. Lauren has had her writing on the German and New Zealand film industries published in New Zealand and in Germany. In 2010 Lauren was selected to participate in Script to Screen’s short film lab, and in 2012 wrote and directed the short film I’m Going to Mum’s. Lauren has further film projects in development.

Lauren has directed various stage productions for the Pacific Institute of Performing Arts, Smackbang Theatre Company, Auckland Theatre Company and Four Afloat Productions. Lauren began her career playing the lead in the NZ feature film Alex. Following her graduation from Toi Whakaari: NZ Drama School in 2001, Lauren has enjoyed a variety of stage, screen and radio work. Theatre performances include Mr Marmalade, Land of Make Believe and Mr Kolpert at the SiLO Theatre. Her screen work includes roles in TV series: This is Not My Life, The Jaquie Brown Diaries and A Thousand Apologies; and in feature films: Perfect Creature, 1nite and The Tattooist. In 2005 Lauren won the Chapman Tripp Most Outstanding New Playwright of the Year Award for her play Exchange, which premiered at BATS in the Young and Hungry season. Exchange has been published by Playmarket Press and produced by Radio New Zealand.

In 2010 Lauren directed Exchange for Auckland Theatre Company’s Young and Hungry festival. In 2009 Lauren wrote Polly Hood in Mumuland — a Pacific adaptation of Red Riding Hood — which premiered as part of Pasifika 09. Polly Hood in Mumuland was also produced by Auckland Theatre Company in association with the Pacific Institute of Performing Arts for its successful 2011 season. Lauren has been commissioned to write the 2013 touring play for the ‘Duffy Books in Homes’ programme.