Addi, a boy raised by a clairvoyant mother, decides to adopt a bullied misfit into his gang of outsiders. Left to their own devices, the boys explore aggression and violence but also learn about loyalty and love. As the group’s behavior escalates towards life-threatening situations, Addi begins to experience a series of dreamlike visions. Can his newfound intuition guide him and his friends back to a safer path, or will they dive irrevocably into further violence?

“Beautiful Beings is the latest triumph from (…) Gudmundur Arnar Gudmundsson, whose distinctive lyrical style makes him one of the most impressive talents on the international indie film scene.”

“The director avoids simplistic solutions in a subtle narrative that uses its ample running time to explore every single chink of the boys’ developing personalities and how they react with each other.”

“as humanistic as it is unsettling.”

“much of the film’s raw effectiveness is due to the young cast’s wisdom and effortless on-screen chemistry.”

“(Beautiful Beings) focuses on delivering a unique presentation – impressionistic imagery and gentle nods at magical realism complement a more grounded, down-to-earth aesthetic; neither style dominates, rather, they converse and flirt with one another.”

“At its core, this is a moving tale of friendship and recovery”

“The impressive second feature from Gudmundur Arnar Gudmundsson confronts the feral cruelty and violence of children on the cusp of adulthood, but finds also a tenderness amid the sharp edges and posturing”

“Its premise seems to lean heavily on familiar tropes, but the magic is in the execution.”

“Director Guðmundur Arnar Guðmundsson has delivered a film with a distinctive freshness, and a grimly compelling plausibility”

“There’s a real camaraderie amongst the young cast, with the strength of the writing combining with the actors’ characterisations to ensure that the roles all seem like fully realised people”

“intelligent and confident, and more than a bit unsettling in places” 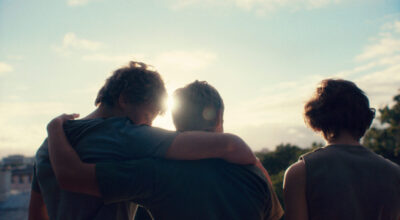 Gudmundur Arnar graduated in Fine Art and studied screenwriting. His short films and feature debut have been showcased and awarded in numerous festivals. Among these accolades are Cannes Film Festival, Venice Film Festival and a nomination for the European Film Awards. His debut feature Heartstone premiered in the Venice Days Competition in 2016 and ended up collecting over 50 awards worldwide.