Maja, a six year old Serbian girl gets dropped off at the kindergarten by her parents. They have only been in Denmark for a short period of time. Meaning everything is new in their eyes, especially the language, which makes it difficult for Maja to interact with other kids, and she often ends up being misunderstood. After a long and lonesome day, her parents come to pick her up, and just as you think her day is about to come to an end, we realise its just about to begin. 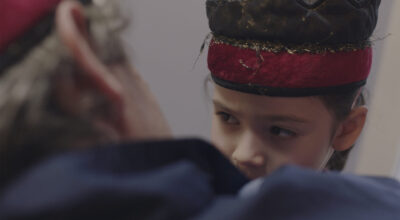 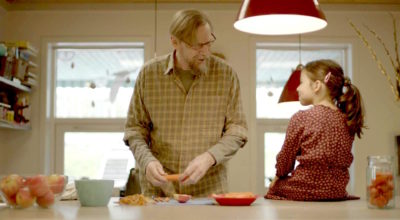 Marijana Jankovic is a Danish actress and director, born in Montenegro. She moved to Denmark with her parents when she was only 6 years old. Later she graduated from the Danish National School of Theatre in 2006. Since then she has established herself as one of Denmark’s most interesting actresses. She has starred in numerous award winning films and has been honored with several awards and accolades.

This year, in 2018, she will appear in award winning director Lars von Triers highly awaited, The House that Jack Built opposite of Matt Dillon.

Most recently, Jankovic stepped behind the camera to write and direct her very first short film MAJA.
It’s a biographical short film, a story from her own childhood, that’s Starring Selena Marsenic, Jesper Christensen, Dejan Cucik and Jankovic, as her own mother.