Alone in his kitchen in Bucharest, Dorel prepares a wedding party for his son. It’s just that the wedding takes place in the USA and Dorel is going to watch it through a webcam. A bitter-sweet story about scattered families and lonely parents. 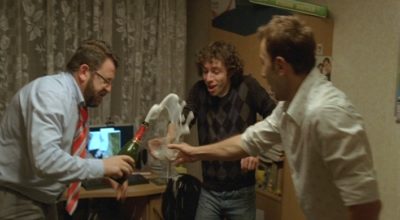 Born in 1984, Tudor Jurgiu studied at the Drama and Film University in Bucharest. After shooting several short film, he now works on his first feature film The Japanese Dog, about an old man, Costache Moldu, who tries to connect with his estranged son after a flood has swept away his wife and house.