The Ballad of the Homeless

THE BALLAD OF THE HOMELESS

The Ballad of the Homeless is a short animated film. It’s a poetic and surreal journey into the lands devastated by the earthquake in Emilia (2012), through the eyes of a child (Tommy, the protagonist) and his friend, a snail. Together they face and discover the values of solidarity, hope and will see the rebirth of the land.
Tommy and his friend (the symbol of slowness and tenacity that moves and does not give up) then face a a building journey of self-knowledge where they will be witnesses of what happened in Emilia. It will be a journey to understand how to overcome the fear. 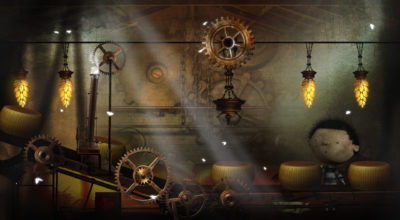 Born in Parma (1977) is a scenographer-set/ stage designer, visual artist and vfx-art director.

One of her past important work for a production movie has been Cloud Atlas by Wachowski Brothers at the Babelsberg Studios in Berlin. She signed at the Beijing Music Festival (2013) the Virtual multimedia Set Design on some Lyric Opera for the Verdi’s Festival celebration ( Traviata, Rigoletto, Trovatore and Opening Ceremony). She also collaborated as Scenographer for fashion show (Paris, New York, Milan, 2012-2013) with Villa Eugenie (Bruxelles) and Sivestrin (Milan) . Credits: Dior, Y3, Condenast-Vogue, Borbonese, Meissen.

Last year she collaborated with Event Creative Director Marco Balich and his creative team for event show like OPERA ON ICE at the Arena of Verona. Now she is focusing on projects regarding creative and artistic direction in cinema, lyric opera house and fashion&event show. She sign as director her first short animation movie: The BALLAD of HOMELESS ( La Ballata dei SenzaTetto – 2015) with the co-production of EmiliaRomagna Film Commission. Also she is preparing the scenography-stage design for 5 Lyric Opera for the next Opening season 2015-2016 for the CARLO FELICE OPERA HOUSE GENOVA: Roberto Devereux, Anna Bolena, Maria Stuarda by G. Donizetti, Il Turco in Italia for Como Opera House-Aslico, AIDA in Perugia for Morlacchi Opera House.