On her eighteenth birthday, Lena is trying to bond with her family. All Souls’ Day, a time for contacting the dead and getting together to return to one’s roots, puts our protagonist in a special mood and changes her outlook on her own problems. Everything that happens throughout the day will revolutionise Lena’s view of her family. It is a story of the search for one’s identity and roots, of life and death, of the co-existence of parallel worlds that come together through the power of love. 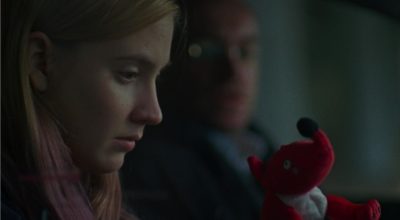 Polish filmmaker based in Warsaw. Director and screenwriter of short films, commercials and music videos. Studied Directing at the University of Silesia in Katowice, and Psychology at the University of Wroclaw. She has made several short films – CHICKEN, ALL SOULS’ DAY, AMERICA, THE BEST FIREWORKS EVER– and a documentary – CZECH SWAN.