The action of “Bloody Sunday ” is set in the thirties in Lublin, and the main focus of the story is the character of the Commissioner – who is a combination of a tough guy with a reputation for being an uncompromising defender of the law, while having a very individual approach to criminals and regulations. As it turns out – these same principles and morals lead to an unexpected result. 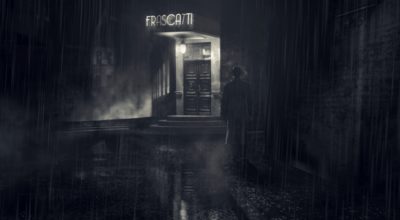 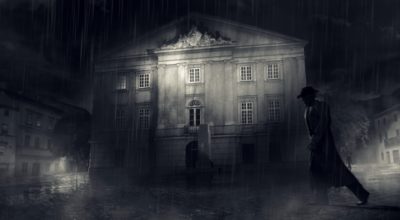 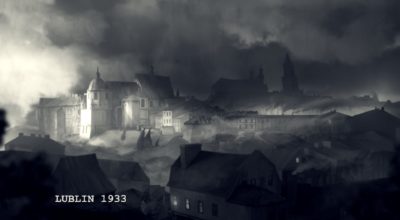 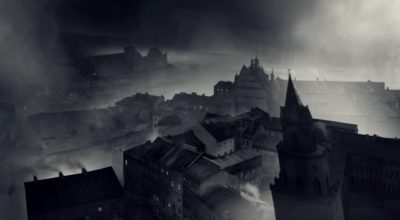 Przemek Kotyński was born in 1981 in Zyrardow. Self-taught, he graduated with a degree not directly related to art, a MSc. in Mathematics and Information Science from the Warsaw University of Technology. Przemek creates mainly film and advertising for the Warsaw Production Studio Orka. He worked on the post-production of such films as Manhunt by Martin Krzyształowicz , 80 millions by Waldemar Krzystek , Girl in the Closet by Bodo Kox , Ixjana by Skolimowski brothers, Ambassada by Machulski, The Warsaw Uprising by Jan Komasa and Photographer by Waldemar Krzystek.

He worked for brands such as Mazda, Orange, Ladybug, Oshee, Bwin, Bakoma, Garnier, Coral, Play, Peugeot, Samsung, Ferrero. The list of customers also included such studios as Platige Image, Vivid Games, Yakumama or CI Games. Kotyński’s illustrative works lived to see the publication of, among others, in Exotique and Ballistic Publishing EXPOSE whether BOOK OF CREATION 2012 Oracom.

He mainly works with picture, he designs and illustrates. BLOODY SUNDAY is his debut as a director and another step in the implementation of the arts. Previously worked with Arkadiusz Jurcan at the “Canon of Polish fairy tales” , a collection of four short animated cartoons.