Brothers in Arms tells the story of Eagle, a Danish platoon commander positioned in Afghanistan and his cooperation with the local police captain, Fareed. In spite of cultural and linguistic differences, their men fight side by side to improve security in the war torn region. But, when an Afghan officer turns his weapon against the Danish soldiers, the cooperation and growing friendship between the two leaders is put to a grave test. Before the men have time to react, the traitor vanishes leaving Eagle wounded and his interpreter dead. Eagle is shipped back to Denmark, but as soon as he recovers from his wounds he returns to Afghanistan, determined to continue his duty as if nothing ever happened.
In a country where nothing is black and white and corruption permeates everything, truth can be hard to find and trust is a matter of life and death. 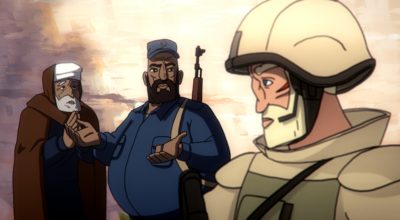 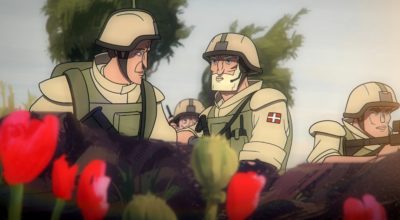 Cav Bøgelund (1978) has a degree in character animation from The Animation Workshop in Viborg, Denmark. On top of this, Cav graduated as animation director from The National Film School of Denmark in 2008. Apart from his work with film, Cav has written, illustrated and edited a series of comics, along with doing illustration and graphic facilitation for years.

In 2012, Cav helped to create a bachelor’s degree in graphic storytelling at The Animation Workshop and he is now on the schools advisory board. Cav has just finished directing Film Maker’s animated short film BROTHERS IN ARMS.