Cooked tells the story of an unlikely love triangle that springs between a walrus a seal and a lobster in an arctic sauna. 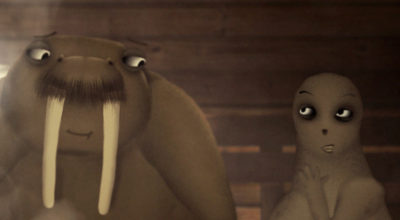 Born in Cologne, Germany, Jens decided to come to the Uk at the age of 21. He studied art and design, creating a bunch of animated shorts eventually starting to work as a freelancer for Nexusproductions. The last project Jens worked on at Nexus before joining the NFTS for a 2 year MA in animation direction was the 2009 oscar nominated short THIS WAY UP. His graduation film COOKED has screened as part of the official selection of the Cannes film festival in 2010. Since then it has been shown in over 30 festivals worldwide. He is currently developing a new short project and looking to get representation as a director within the animation industry.