After losing both arms overseas, a young veteran faces a new set of battles upon returning to the USA. He not only has to learn to live with prosthetics, but must also adjust to excruciating phantom limb pain, vivid memories of his pre war life, a post 9/11 world that feels increasingly alienating –– all creating a barrier between him and his wife and infant daughter. 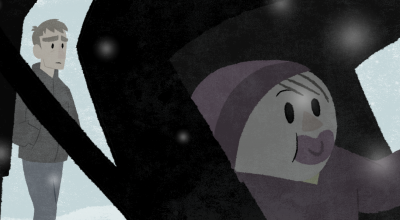 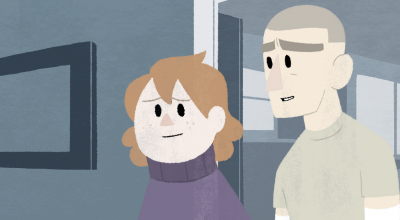 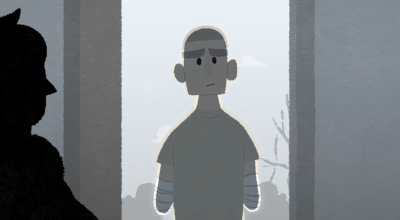 Devon Manney is a 22-year-old artist and filmmaker, currently living in Los Angeles. He grew up in Moorhead, MN, where he taught himself to draw and animate at the age of 9, largely as a way to occupy his ever-expanding imagination (and escape from the frigid winters). By the time he left high school, his films had been screened at festivals across the US, and Devon was named one of the top-14 young filmmakers in the nation by the National YoungArts Foundation.

Studying Animation at the USC School of Cinematic Arts, Devon was awarded grants from the Alfred P. Sloan Foundation, ASIFA-Hollywood, and the USC Undergraduate Research Fellowship, as well as being named the recipient of the 2016 Association of American Editorial Cartoonists’ Locher Memorial Award, given annually to the most promising student cartoonist in North America.