When it’s Alex’s turn to tell his seven year old class mates what he wants to be when he grows up, an uncomfortable discussion begins about the meaning of an unknown but loaded word. The teacher’s explanation reveals her own story – a story of victim and offender. 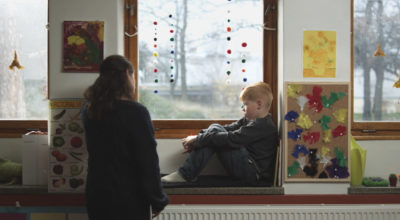 Lisa James Larsson was born in Potsdam and brought up in London. She moved to Stockholm in 2005 to study film directing at Dramatiska Institutet.Lisa studied film TV at Brunel University in London before working for five years as a camera operator/editor and also teaching screen acting. In 2009 she completed her Masters at Dramatiska Institutet in screenwriting.