Beksiński is a gentle man with arachnophobia, despite his hardcore sexual fantasies and his fondness for painting disturbing dystopian works. Beksiński is a family man who wants only the best for his loving wife Zofia, neurotic son Tomasz and the couple’s aging mothers. His daily painting to classical music eventually pays off and he makes a name for himself in contemporary art. Good Catholic woman Zofia tries to hold the family together, but troubled son Tomasz proves to be a handful with his violent outbursts and suicidal threats. Their relief is brief when he starts dating women and becomes a radio presenter and movie translator, and the concerned parents must be on constant watch to prevent their son from hur ting himself. But Beksiński never believed that family life would always be sunshine and rainbows. As he tapes everything with his beloved camcorder, the 28-year Beksiński saga unfolds through paintings, near-death experiences, dance music trends and funerals… Based on the bizarre true story of the cult Polish painter Zdzisław Beksiński. First narrative feature from the director of the award-winning documentary DEEP LOVE.

This film is not about explaining life, but documenting its weirdness. Story of a profoundly dysfunctional family, sometimes too far-fetched to believe, but all based on real facts which have been thoroughly researched for years.
Screen International 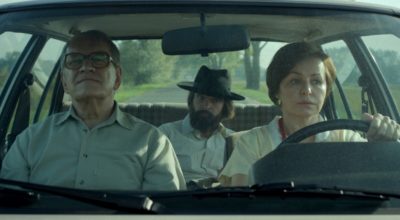 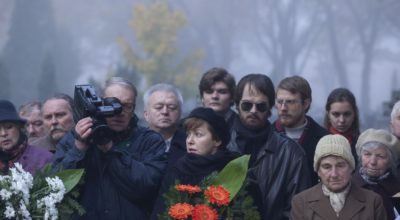 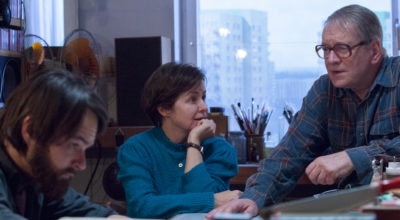 Born in 1984. Jan graduated in Film Directing from Krzysztof Kieślowski Faculty of Radio and Television University of Silesia in Katowice and completed the Documentary Course in Wajda School. His documentary DEEP LOVE was awarded, among others, Best Documentary Award at the 36th IFF in Moscow and the Silver Horn award for Best Feature Documentary Film at the 54th Kraków FF. His feature debut, THE LAST FAMILY, premiered at Locarno, where it won the Best Actor Award, and was screened at over 100 festivals worldwide (including Rotterdam, Hong Kong, Palm Springs & New Directors New Films), winning many international awards. Jan also works in TV, his most recent series THE KING OF WARSAW, produced by CANAL+, was released in October 2020. LEAVE NO TRACES is his second feature film.