A perfect couple rents a holiday home on a sunny Italian island. The reality does not live up to their expectations when they find out that the pool in the house is broken. Ignorant of the fact that the island faces water shortage, they ask for someone to fix it. The constant presence of a stranger invades the couple’s idea of safety and starts a chain of events, which makes them act instinctively and irrationally, heading to the darkest place in their relationship.

A frostily assured feature debut.
Silent Land features a scenario which has a kinship with the quandary at the heart of Ruben Ostlund’s Force Majeure.
It should find an appreciative audience in further festivals, particularly with fans of the kind of elegant, unforgiving froidure generally found in the films of Michael Haneke.

In Aga Woszczyńska’s impressive first feature, a Polish couple’s relationship exposes serious fault-lines during a stressful Italian vacation where everything goes wrong.
Silent Land excels in ramping up the tension in this subversive and acutely piquant two hander.
A cleverly written script and choice visuals keep us engaged with an all too familiar holiday scenario, primped with surprising twists and turns that are enough to derail the most loved-up up romantic break.
There are certainly touches of Michael Haneke’s observational storytelling in the precise framing as the voyeuristic camerawork tracks the couple
Tense and highly intelligent filmmaking.

If “Silent Land” is deliberately ambiguous, Woszczynska’s camera is unflinching (…) there is something cathartic about these scenes which is why this film is so gripping.

“Vacations gone wrong” is one of my favorite sub-genres in cinema. Midsommar, The Ritual, The Hangover, Jurassic Park (…) I love them all. And Silent Land, which screened at the Toronto International Film Festival, has made its way into this list.

Lusciously tense and deeply observant feature debut.
It is a veritable cinematic gem.
From the opening scenes, Woszczyńska skilfully sets up a general atmosphere of dread, a tense and strained aura between the couple and in their interactions with others, as if conjuring up the ambience of Antonioni’s films, which she elegantly conveys through her own attentive gaze on human puniness
Subtly told, meticulously crafted and confidently directed, Silent Land is a masterclass in slow cinema. 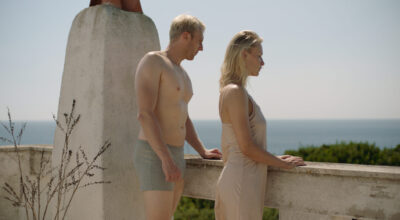 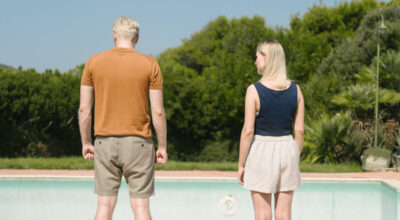 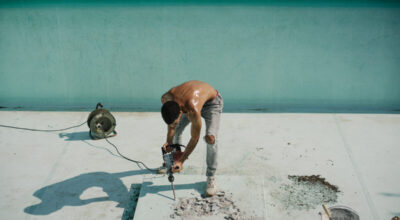 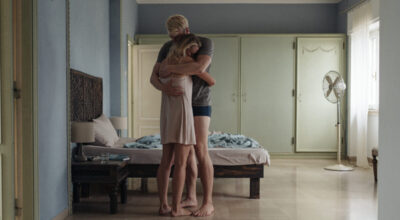 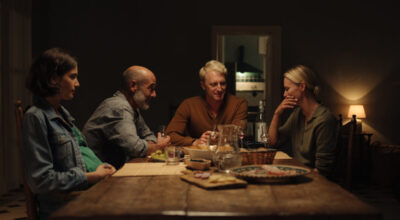 Born in 1984. Director, scriptwriter, anthropologist. Aga graduated from Applied Social Science (2008) and The Polish National Film School in Lodz – Directing Department (2014). For many years she has been working as Assistant Director in Poland and abroad. Her short films were presented and won awards at numerous film festivals, including Cannes Film Festival, Helsinki International Film Festival, T-Mobile New Horizons, Sao Paulo Kinoforum or Warsaw Film Festival and have been brought by national and international TV channels. Her graduation short film “Fragments” had its international Premiere at Cannes Film Festival in Directors’ Fortnight (Quinzaine des Réalisateurs). „Silent Land”, which premiered in Toronto IFF Platform Competition is her first feature film. She is currently working on her second feature „Black Water”.