On a summer evening, crowds of humans gather at the Starlight Drive-In to be mesmerized by glowing screens—but to the stray cat who lives there, it is just another night. 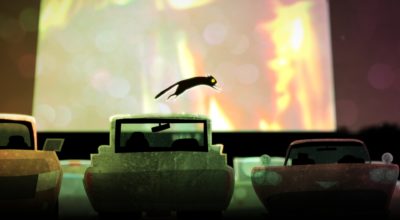 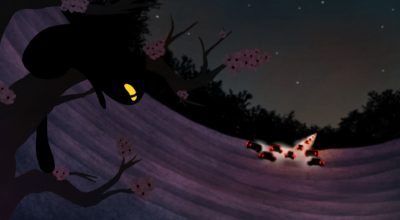 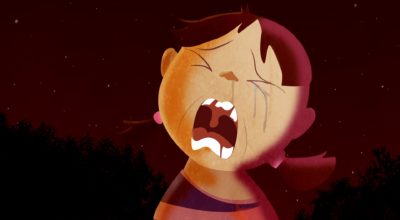 Marisa Ginger Tontaveetong is an animator from Bangkok, Thailand based in Atlanta, Georgia. Currently finishing up her MFA in Animation at Savannah College of Art and Design-Atlanta, she is also the executive director of ASIFA-Atlanta (International Animation Society affiliated with UNESCO), Atlanta Film Society’s filmmaker-in-residence, SIGGRAPH S3 committee member, and co-director of Oscar long-listed animated short STARLIGHT.

With a B.Tech in computer graphics/ multimedia and over 10+ years as web designer/developer working with companies globally such as Unilever in Singapore, she also runs a blog called www.needyanimator.com with a monthly rate of 7-10,000 views focus on soft skill resources for animators and artists including entertainment law, contracts, and film festival tips. She has also been the art director on Atlanta’s Global Game Jam’s 1st place team in 2014, semifinalist of Adobe Design Achievement Award for both motion media in 2015 and animation in 2014, chosen for the ADOBE ICO-D mentorship program and Variety.com’s 110 students who represent the future of film, media and entertainment for 2015. Along with coordinating various children’s animation workshop for ASIFA-Atlanta and the Atlanta Film Society for schools all over Atlanta, she has lead creative panels at the Atlanta Film Festival, Dragoncon and invited to speak at various colleges such as Maryland College of Institute of Technology and Bangkok University International College.

Yu Ueda was born in Japan and studied Animation in the United States. While Yu teaches himself drawing and digital animation tools, he also explores puppet and miniature making for stop-motion animation.

Tam King specializes in 2D digital animation, but loves visual storytelling of all kinds. She has done work with installation art, projection mapping, graphic novel illustration, and sound art. As a kid, Tam first learned to animate digitally at the Intel Computer Clubhouse, a community center in her hometown of New Mexico. As an adult, she is passionate about promoting media literacy and creating content that empowers kids of all backgrounds.

In 2012, Tam earned her bachelors degree in studio art at Stanford University, before moving on to Savannah College of Art and Design to study animation. In 2010, she worked as visual developer and key animation for the Oscar long-listed short, El Salon Mexico. Later, as part of the animation collective Obscura Works, Tam co-directed STARLIGHT, another Oscar long-listed short. She is currently working on her thesis project, researching coming of age stories for girls in animation. In the future, Tam hopes to help create animated children’s content that will empower kids, and help promote empathy and critical thinking.

Shir Wen Sun was born and raised in Malaysia, Shir Wen Sun, who also commonly goes by the name Sun, is a passionate artist who dabbles in many fields of art such as illustration, graphic design, animation and games.

She is the co-director of Oscar long-listed animated short STARLIGHT, and has received many awards and recognition such as First Place in Global Game Jam 2014, as Production Manager/ Background designer and painter, Acceptee of 52 Illustration West Competition , Adobe Design Achievement Awards Semifinalist 2014 for illustration and animation category and 1st place in ASIFA 12X12 Animation Competition 2012. Her works have also been published in Port City Review 2014 and exhibited in SCAD’s open studio night.